Nafis Group has formed partnership with national and international companies in order to further its business and enter the international market. These joint ventures are with the following companies:

In 2013, Nafis Group entered a partnership with this Korean company and formed IGK, which has interest in short and mid-term businesses particularly in oil and gas, spare parts and real estate fields.

With the help of this Danish company a heavy crude oil refinery was built in Iraq.

With Iranian government aiming to prevent smuggling goods to Iran, this J.V. resulted in anti-smuggling solution known as SHABNAM which helped the government to trace the smuggled goods in the market.

The J.V. between these two Iranian companies, made it possible for Nafis Group not only to invest in building a port and therefore strengthen the infrastructure in Iran but also to benefit from the opportunity of trading with CIS countries. 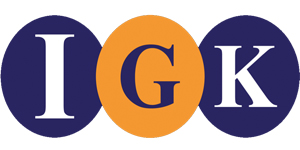